THE SUMMER OF IMPOSSIBILITIES
Abrams/Amulet, May 12, 2020
YA Contemporary 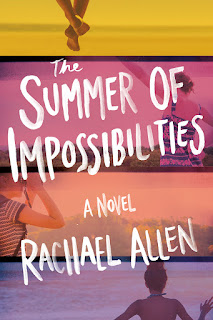 Four girls. One summer. And a pact to do the impossible.

Skyler, Ellie, Scarlett, and Amelia Grace are forced to spend the summer at the lake house where their moms became best friends.
One can’t wait.
One would rather gnaw off her own arm than hang out with a bunch of strangers just so their moms can drink too much wine and sing Journey at two o'clock in the morning.
Two are sisters.
Three are currently feuding with their mothers.
One is hiding how bad her joint pain has gotten.
All of them are hiding something.
One falls in love with a boy she thought she despised.
One almost sets her crush on fire with a flaming marshmallow.
One has a crush that could change everything.
None of them are the same at the end of the summer.

Find out more and preorder The Summer of Impossibilities!

A TAXONOMY OF LOVE
Abrams/Amulet, January 9, 2018
YA Contemporary 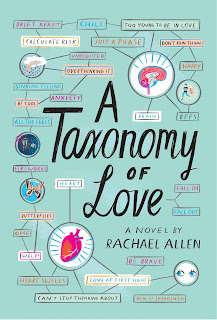 Spencer is used to feeling like the weird one, the not-quite-right one, the alone one. Between having a perfect-at-everything older brother and being teased about his Tourette’s Syndrome, it’s just the way things are. But the moment Hope steps out of the moving van next door, Spencer feels different.

Like his neighborhood is an entirely different place, now that he has a friend.

Like he could tell Hope anything – maybe even everything.

And then they grow up. Life gets messy, and clear labels like “friend” get messy, too.

Through sibling feuds and family tragedies, new relationships and broken hearts, the two grow together and apart, and Spencer, an aspiring scientist, tries to map it all out using his normally-trustworthy system of taxonomy.

But unlike science, love doesn’t always fit into easy-to-manage boxes. And if Spencer can’t figure it out soon, he risks losing Hope completely.

Order A TAXONOMY OF LOVE! 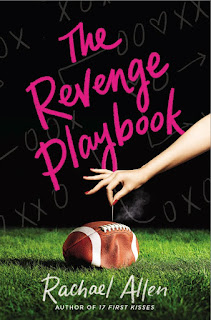 In the small town of Ranburne, high school football rules and the players are treated like kings. How they treat the girls they go to school with? That’s a completely different story. Liv, Peyton, Melanie Jane, and Ana each have their own reason for wanting to teach them a lesson - but it's only when circumstances bring them together that they come up with the plan to steal the one thing the boys hold sacred. All they have to do is beat them at their own game.

Add THE REVENGE PLAYBOOK on Goodreads 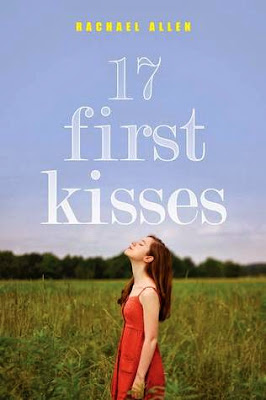 No matter how many boys Claire kisses, she can’t seem to find a decent boyfriend. Someone who wouldn’t rather date her gorgeous best friend, Megan. Someone who won’t freak out when he learns about the tragedy her family still hasn’t recovered from. Someone whose kisses can carry her away from her backwoods town for one fleeting moment.

But Megan is falling for Luke, too, and if there’s one thing Claire knows for sure, it’s that Megan’s pretty much irresistible.

With true love and best friendship on the line, Claire suddenly has everything to lose. And what she learns—about her crush, her friends, and most of all herself—makes the choices even harder.

In her moving debut, Rachael Allen brilliantly captures the complexities of friendship, the struggles of self-discovery, and the difficulties of trying to find love in high school. Fans of Sarah Ockler, Susane Colasanti, and Stephanie Perkins will fall head over heels for this addictive, heartfelt, and often hilarious modern love story.